Senate Bill 1000, which would require law enforcement agencies across California to find alternatives to encrypting their radio communications, received a 5-2 vote from the Senate Appropriations Committee on May 19, 2022. Embarcadero Media file photo.

The committee’s 5 to 2 vote means that Senate Bill 1000 will now advance to a full vote by the State Senate. The bill would still need to be approved by the state assembly and get the governor’s signature before becoming law. 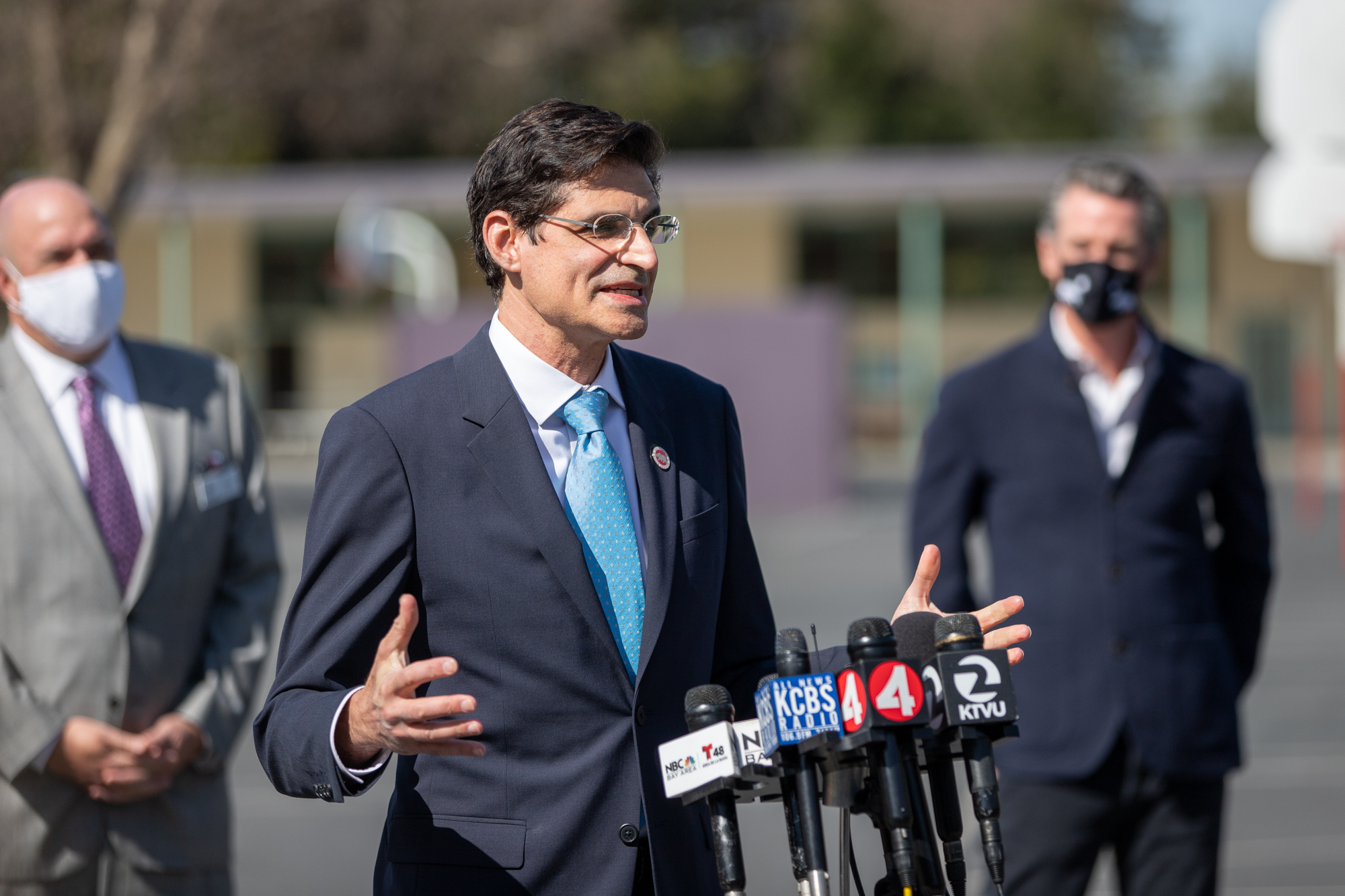 State Senator Josh Becker, D-Menlo Park, speaks to the media about the reopening of schools at Barron Park Elementary in Palo Alto on March 2, 2021. Photo by Magali Gauthier.

Becker’s bill responds to a recent trend by police departments across California, including Palo Alto, to encrypt their radio communications, a practice that has removed the historic ability of reporters and members of the general public to surveil police activities via police scanner.

SB 1000 would require agencies to offer policies that open communications while ensuring that personally identifiable information such as social security numbers and criminal records remain protected. Some agencies, including the California Highway Patrol, already have such policies in place.

Although Palo Alto decided to encrypt police radio communications in January 2021, the city council has since spoken in favor of the Becker bill. The legislation has also been endorsed by the California Newspaper Publishers Association and the California Broadcasters Association.

Senate bill calls for expanded privileges for people with disabilities